We are experienced in providing a diverse range of production services to international co-producers on film and TV projects. We can manage any – or every – stage of the production process from accessing the Section 481 Tax Credit to Irish finance raising to post-production and everything in between. Tailored also has a full post production suite in house which can offer editing, graphics and colour grading services and VFX work (for smaller projects). Our VFX work has won awards in the past including an Irish Film and Television Academy Award for ‘The Lodgers’ and a Screamfest LA award for ‘Let the Wrong One in’. 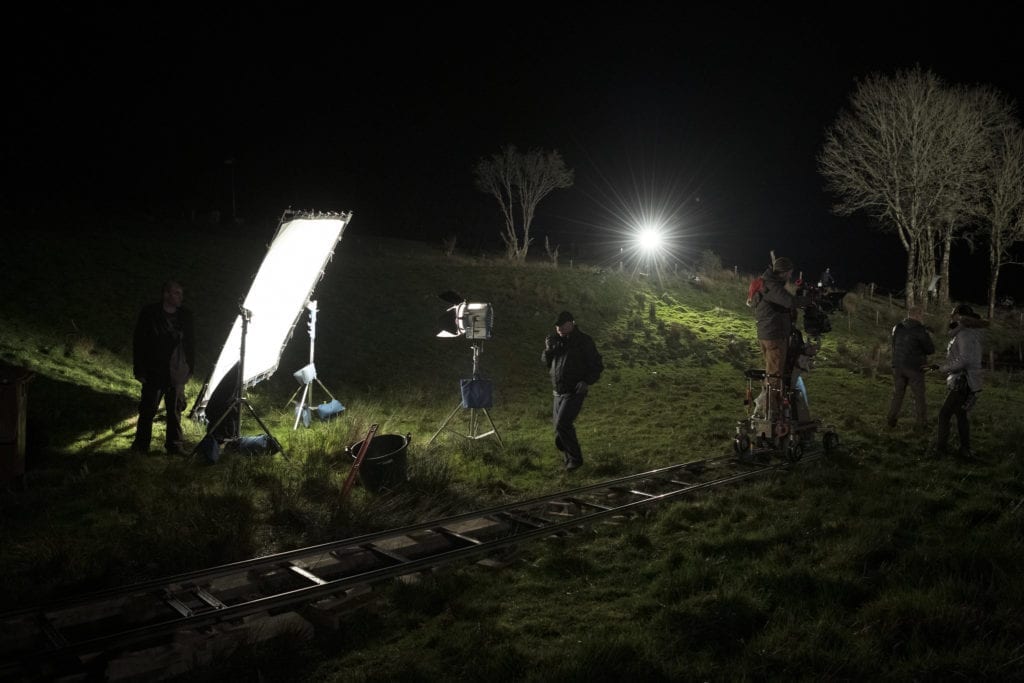 We were the Irish service production company, managing the entire production phase, for the third season of the high end TV drama series ‘Der Irland Krimi’ starring Desiree Nosbusch and Declan Conlon and are also co-producers on season 4 of the series following its success. Der Irland Krimi is a co-production with Good Friends GMBH and is financed and distributed by ARD and Beta in Germany.

We are also co-producers of the upcoming thriller ‘Bring Them Down’ with Wild Swim Films from the UK and Frakas Productions from Belgium. Our feature film ‘The Winter Lake’ was an Irish / Canadian co-production with EMA films. Both of these films were official co-productions under the European Convention on Cinematic Co-Production.

Any co-production carried out with us will qualify to benefit from a whole host of Irish funding opportunities. Funding bodies like Fís Éireann / Screen Ireland, the Broadcasting Authority of Ireland and the WRAP Regional Fund release millions of euro in funding each year to projects with an Irish producer attached. These projects must be creative co-productions and not just industrial ones.

By co-producing with Tailored, your project would also be eligible for the lucrative Section 481 tax incentive which finances up to 32% of eligible Irish spend plus an additional 3% for films produced outside of Ireland’s main cities. Tailored has experience handling and managing the application and processing of this upfront tax credit having done so on numerous projects thus far.

It is worth noting that we can only consider co-producing on international projects that already have some finance secured in their own territory.

To find out more about co-producing with Tailored, please email us with more information about your project.