‘The Winter Lake’ is set for its release

'The Winter Lake' is set for its release

March 15th in UK / Ireland and March 9th in the US 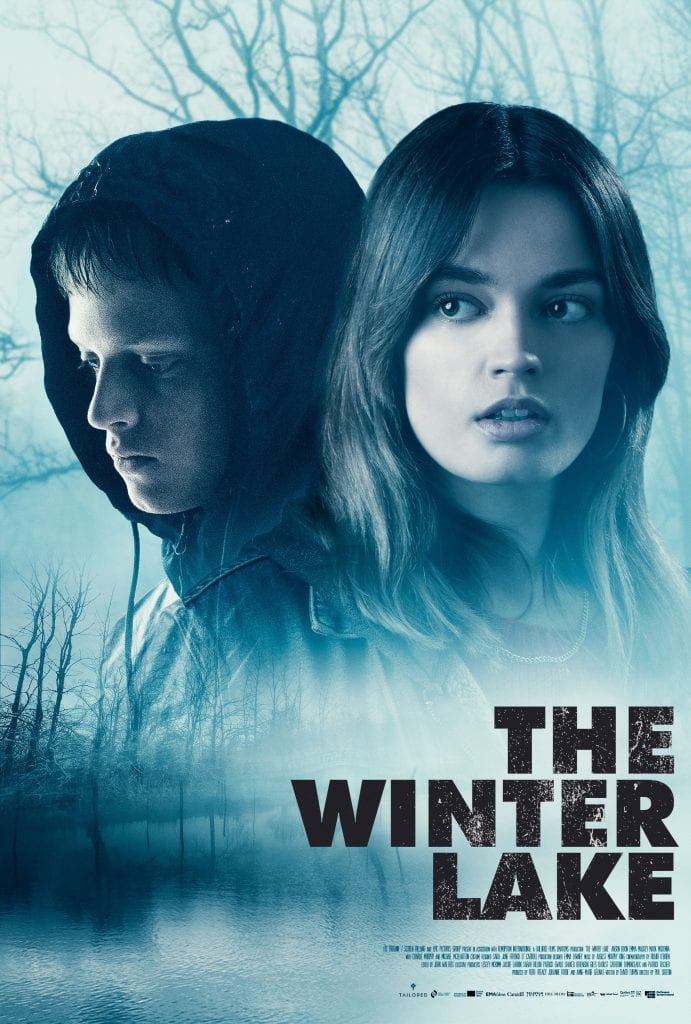 We are thrilled to announce that our latest feature film ‘The Winter Lake’, the new dark drama from director Phil Sheerin and writer David Turpin, is now due for release on Monday, March 15th in Ireland and the UK, by Wildcard Distribution and Bluefinch Releasing.

The film is currently available for pre-order on iTunes and will be available for digital download across various platforms including Sky Store, Virgin, Google Play, [email protected], Volta, Rakuten, and Chili. US viewers will be able to watch from next Tuesday, March 9th through Indemand, Comcast, Spectrum, Dish, SlingTV, Cox, iTunes, Vudu, Xbox, Google Play, YouTube, AppleTV, Amazon, Fandango Now, Directv, Redbox TVOD, Vubiquity and Playstation. The US release is being handled by Epic Pictures Group.

‘The Winter Lake’ is the feature debut from Phil Sheerin and our second collaboration with David Turpin, who also penned our 2017 gothic horror film ‘The Lodgers’. It follows troubled teen Tom, who unearths long buried secrets about his new neighbour Ward and his young daughter Holly, after making a grim discovery in a turlough (seasonal lake).

Hear what some critics had to say about the film below:

“With a script from David Turpin (The Lodgers) and a walls-closing-in premise, The Winter Lake has you wondering from the start whether all four characters, or what combination of them, will be alive by the end credits.” – RTÉ.ie

“Thanks to some enticing performances from the main cast, it makes for an uncomfortable and absorbing watch as the rain patters down, washing every ounce of honesty off the shoulders of the community.” – TheUpcoming.co.uk

“Lifts the atmospheric calm of middle-of-the-country Ireland to an eerie and harrowing, otherworldly setting.” – Loud and Clear

“As dark secrets of the past come literally to the surface, there’s an omnipresent tension bubbling underneath the surface just waiting to explode with the potential for physical violence” – Movies.ie

We hope you enjoy watching this month and in the meantime please take a look at our official trailer for ‘The Winter Lake’.

In other news, we recently shot the pickups for our vampire comedy co-production with Workshed Films ‘Let the Wrong One In’, and we are working towards a picture lock date of mid March, so that we can undertake all the VFX work. You can read more about the production journey for the film here.

We are continuing to adopt stringent guidelines in our current two projects in pre production; an online documentary series called ‘Generation Lockdown’ as part of the France24-led ENTR campaign, and a brand new swashbuckling short film for children ‘X Marks the Spot’, funded by the European Broadcasting Union and RTÉ.

Despite precarious COVID times, we are approaching all our upcoming projects with caution and compliance to the framework laid out by Screen Ireland in their ‘COVID-19 and Filming in Ireland’ incentive for health and safety protocols, and working very closely with Health & Safety advisors in advance of undertaking any production. You can read more about our recent experiences shooting under COVID restrictions here.

Finally, mark your calendars for part 2 of the second series of our popular children’s bedroom makeover series ‘Ace My Space’ which starts on Easter Sunday, April 4th at 12.30pm, airing weekly on Sundays thereafter. We’ll be back in touch with more updates soon!

Follow ‘The Winter Lake’ on our social media channels and related hashtags below:

Till next time, stay safe!