Ruth is a Co-Founder and a Producer and Director at Tailored. She is also Head of Development for the company’s slate of Film and TV projects. Ruth has been a lead producer on four international feature films, ten TV series, and hundreds of digital projects since the company’s inception. She has worked as co-producer on the international drama series ‘Der Irland Krimi’. Ruth has also directed nine TV series on the Tailored slate.

Ruth is a member of the European Film Academy. She currently acts as a mentor on the Screen Ireland / Screen Skills Mentoring Programme for emerging producers and directors (since 2020).

Ruth was selected to be the Irish ‘Producer on the Move’ by EFP and Screen Ireland in 2021. She holds an Honours Degree in Film Production from the National Film School, IADT, a Post Graduate Diploma in New Business Development (TU Dublin), and is a graduate of the EAVE European Producers Network and the Screen Leaders Programme (2019).

Julianne is a Co-Founder and Managing Director of Tailored. In addition to fulfilling the role of Head of Production and Technical Operations at Tailored, Julianne also works as both a producer and cinematographer. Julianne has been a lead producer on four international feature films, ten TV series, two TV movies and thousands of digital projects since the company was established. She has also worked as producer on the international drama series ‘Der Irland Krimi’, which she has led over two seasons.

Julianne is very experienced in financing as well as planning, coordinating and executing all the technical components of Tailored’s productions. She has also worked as a cinematographer on all of Tailored’s TV work, and was part of the team that won the Irish Film and TV Academy award for VFX.

Eithne is Head of Digital and works as a Producer at Tailored. Eithne joined the company in 2017, having previously worked in development capital funding. As well as her expertise is raising finance for TV and Film, Eithne is the line producer on all of Tailored’s Irish produced TV projects. She is skilled in budgeting, reporting and forecasting as well as being highly experienced in planning, organising and executing logistics for projects across Tailored’s film, TV and digital slate.

Eoin works as a Producer / Director with tailored, and since 2021 has directed most of Tailored’s digital projects, including documentaries, animations and corporate projects. Eoin’s role involves a balance of directing, project managing digital projects, script reading, and development coordination.

Before joining Tailored full time, Eoin worked as a production coordinator on high end TV and feature films, including on some of Tailored’s projects. Eoin has over 7 years experience working in film and TV in various capacities from writing and directing to editing and producing. His varied experience makes him perfectly placed to straddle Tailored’s digital and development arms.

Eoin also holds an MA in Directing Digital and Film and Television from Bournemouth University and a BA in Media Studies and English from Maynooth University.

Cal manages the development slate at Tailored. Cal has worked with Tailored since 2019 and has helped its Film and TV slate and talent network. He works closely with Head of Development Ruth Treacy and is involved in sourcing and evaluating new material for the company, as well as the administrative side of managing the slate.

Cal’s expertise also extends to successfully navigating funding systems, and he was an integral part of Tailored’s successful acquisition of Creative Europe Slate Funding. He has played a vital role in securing development and production funding across a broad spectrum of bodies including Screen Ireland, BAI and various tender applications.

His background in teaching screenwriting as part of the Creative Engagement Programme, as well as his own screenwriting work, is valuable experience for the Company also. He also works as a scriptwriter on many of Tailored’s digital projects.

He previously edited and designed motion graphics for Traction Marketing, the video production company owned by The Farmer’s Journal. Clients included Bord Bia, Dunnes Stores and the ESB. He has directed dozens of video sketches for the popular Waterford Whispers News website and produced the video content for their live show.

As well as being an editor, Diarmuid is an experienced scriptwriter, mostly in comedy (Irish Pictorial Weekly, The Deirdre O’Kane Show) and children’s animation (Disney’s Space Chicken’s in Space). He wrote and directed sketches for 2016 series of RTE’s Republic of Telly, and is the head writer of RTÉ’s new flagship comedy panel show Clear History, now in its second series. He regularly writes jokes for some of Ireland’s leading comedians.

Diarmuid holds an MA in Writing from NUI Galway and a BA in English from University College Cork. 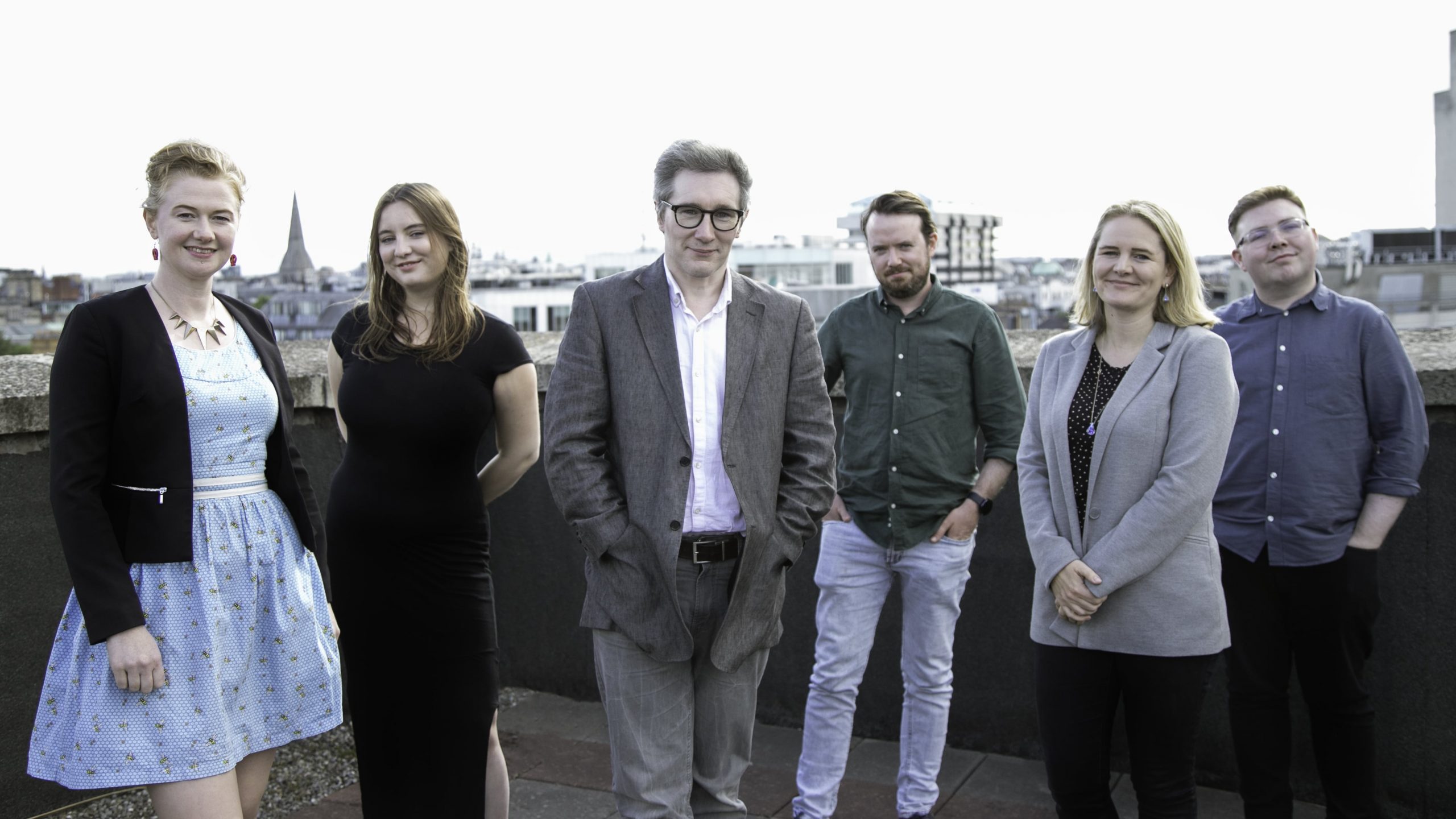