As we enter the final few months of 2021, we’re excited to share some news of what we’ve been up to so far this year.  Here are some updates on our current and upcoming projects.

Let the Wrong One In

We are pleased to announce that our Vampire comedy had its world premiere in Fantastic Fest in Austin, Texas in September and not only that it received a special mention at the festival!

Team Tailored attended two sold out showings of the film at the European premiere in Sitges film festival in Spain last weekend. It was such a treat to see it with a live audience and we were thrilled at the response, as the film was welcomed with laughter and applause throughout!

Director Conor McMahon, Producer Julianne Forde and Director of Photography Michael Lavelle had the pleasure of introducing the film. The film will have its domestic release in the first quarter of 2022.

Let the Wrong One In features at the following festivals –

Let the Wrong One In follows young supermarket worker Matt, who is a little too nice for his own good. When he discovers that his older, estranged brother Deco has turned into a vampire, he’s faced with a dilemma: Will he risk his own life to help his sibling, with blood being thicker than water? Or will he stake him before he spreads the infection further?

Starring Buffy the Vampire Slayer icon Anthony Head, and with enough over-the-top gore effects to make Sam Raimi blush, Let the Wrong One In is a raucous vampire comedy with as many laughs as it has screams!

Check out some of the initial reactions!

“THE MOST FUN I’VE HAD IN A VAMPIRE COMEDY SINCE WHATWE DO IN THE SHADOWS.”

“THIS IS QUITE SIMPLY A HORROR COMEDY CLASSIC.” 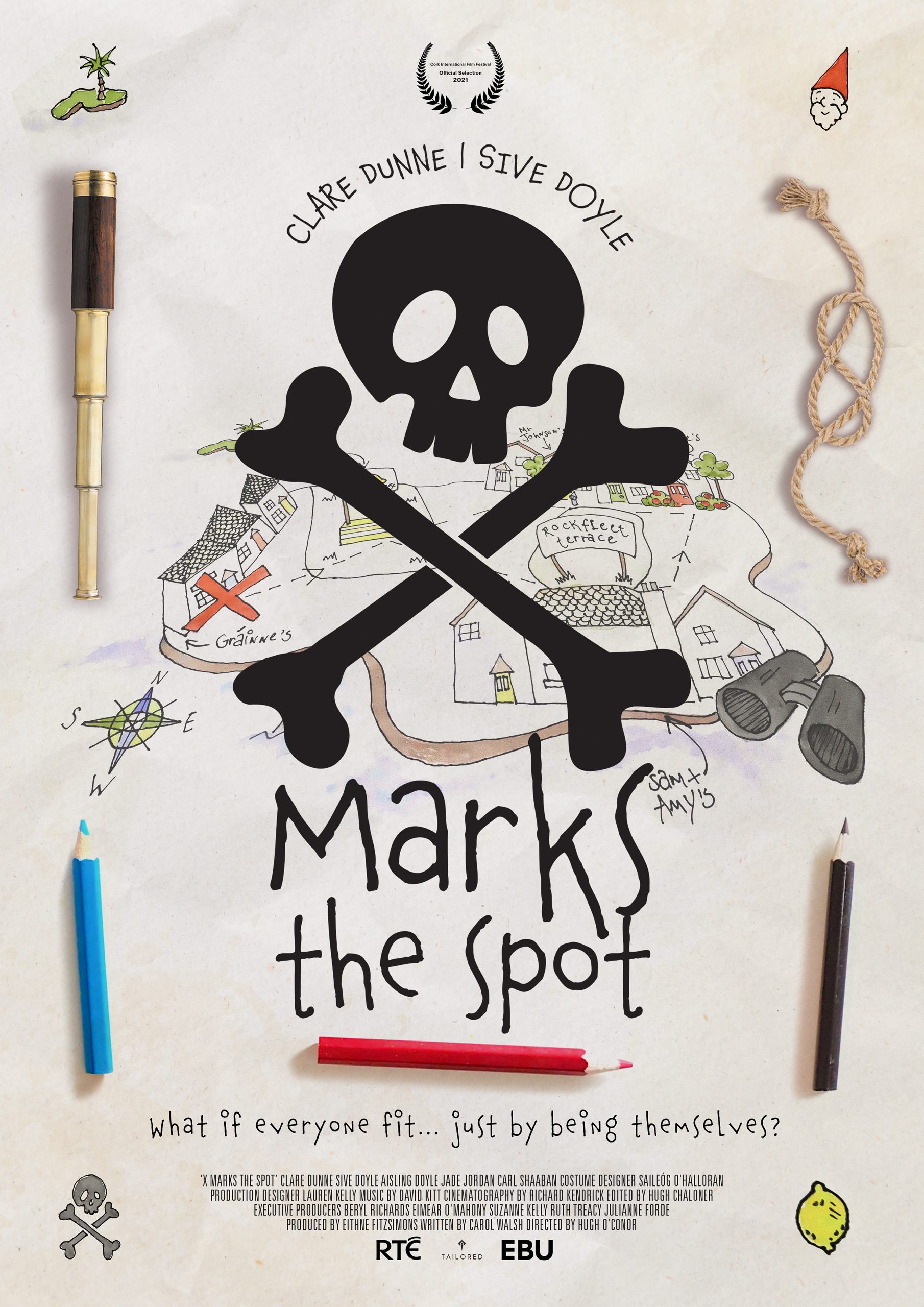 Our most recent short film X Marks the Spot will be premiering at Cork Film Festival on Nov 6th. You can also catch it on RTE Junior at 3pm on Monday 25th Oct and repeated on Halloween at 5.15pm right after Ghostbusters 2! The short is directed by Hugh O’Connor, written by Carol Walsh and stars Clare Dunne, Carl Shaaban and Jade Jordan. Also introducing the amazingly talented Sive and Aisling Doyle. The short tells the story of Sam, whose amateur detective skills are put to the test when she suspects Granuaile the Pirate Queen has moved in next door. Check out the trailer below!

Ace My Space will return for an extra special Christmas Special this Christmas. Sean, MC and the Ace team will return to make over two community spaces which I think we can all agree is well needed after the year we’ve had. We’re currently wrapping up post production on them. We can’t wait to share these extra special episodes with you!

We have a number of exciting TV and film projects on the horizon and we’re looking forward to sharing more on all of these exciting projects soon!

We’re also very busy on the digital side of things, with continuing projects for the National Museum of Ireland and Kildare County council.

Welcome to our new intern!

We’re happy to welcome our newest intern, James Key, from South Africa who will be with us until Christmas.

James is a recent Film & Media Production graduate from the University of Cape Town, South Africa.

James has this to say –

After completing my Bachelors in 2019 and graduating with postgraduate Honors in 2020, I am eager to begin my career and learn the ropes of the Media industry in a hands-on manner. I am thus delighted to have the opportunity to intern alongside the tremendous talent that is the Tailored Films team.

I hope to prove myself as a competent employee and find a position in the industry that best suits my qualifications and interests. I am motivated by a responsibility to those who have enabled these opportunities thus far, and my obligation to those of less such privilege in South Africa, for whom such opportunities do not exist.